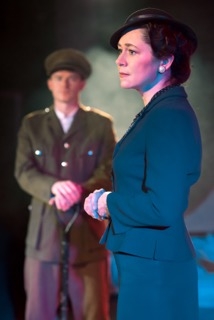 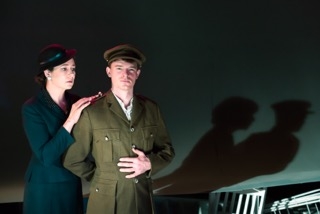 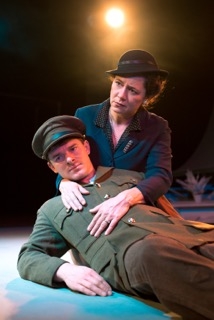 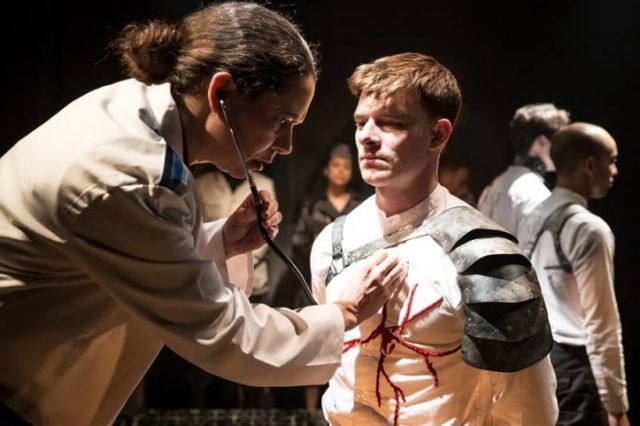 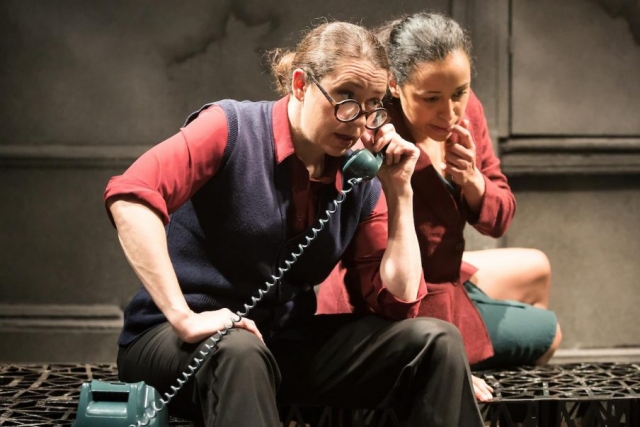 Reviews for Bury The Dead

https://thespyinthestalls.com/2018/11/bury-dead/  “Sioned Jones is compelling in every scene she is in and offers a beguiling performance that tackles multiple roles with ease and attentiveness.”

http://www.londonpubtheatres.com/bury-the-dead-review/4594460349 “Sioned Jones gives a truly wonderful performance. She is an actor who can wring humour from any situation yet seconds later can reduce you to tears. At one point she is a mother who wishes to look upon her son’s face. When he reveals to her the ravages of his visage the guttural howl she emits is truly visceral.”

https://reviewsgate.com/bury-the-dead-finborough-london-4-william-russell/ “most impressive work is done by the two actors who play all the female roles, Sioned Jones and Natalie Winsor.”

https://theartsdesk.com/bury-dead-finborough-theatre-review-american-rarity-comes-scathingly-life “The two women in the company deliver stand-out multiple performances. … while Sioned Jones through half-a-dozen roles delivers the coup de grace to the plot”

https://www.thestage.co.uk/reviews/2018/bury-dead-review-finborough-theatre-london/ “Among the attempts to reason with these unquiet sleepers, the most powerful is the mechanic’s wife (a thorny performance by Sioned Jones), bitterly recalling their measly existence on $18.50 a week before galvanising him to make a stand in death that would have been impossible in life.”

https://www.jewishrenaissance.org.uk/blog/bury-the-dead?format=amp&__twitter_impression=true “a clutch of powerful cameos from Sioned Jones”

http://everything-theatre.co.uk/2018/11/bury-the-dead-finborough-theatre-review.html “Sioned Jones and Natalie Winsor in particular add a sense of deep conviction to the story, in both male and female roles, and their performances are a pleasure to watch.”

https://theblogoftheatrethings.com/2018/11/15/review-bury-the-dead-at-finborough-theatre/ ” This is also a showcase for the versatility of Sioned Jones”